Hey Mavis is an OAC "Artist on Tour"

For more than eleven years, Northcoast Americana band Hey Mavis has been weaving a musical tapestry and igniting a following of dedicated fans. With heartfelt vocals, honest songwriting, blazing instrumental solos, and an undeniable onstage musical chemistry, this quartet is the definition of great Americana music.

Hey Mavis has appeared on NPR’s Mountain Stage, NPR’s Whad'ya Know?, PBS’s Applause and PBS's Songs from the Center. The group has performed standing-room-only shows at the Xerox Rochester International Jazz Festival as well as nine consecutive sell-out concerts in their hometown of Akron Ohio. In 2018, Melissa Etheridge hand-picked Hey Mavis to be one of the headliners for her music cruise.

Hey Mavis's latest release, Silver Ribbon Dream—Songs & Stories of the Ohio & Erie Canal, is a book/CD of original songs by Hey Mavis songwriter Laurie Michelle Caner with illustrations by nationally-acclaimed artist Leandra Drumm. Funded by John S. and James L. Knight Foundation, reviews have ranged from "unconventionally beautiful" to "startlingly original." Hey Mavis has scheduled performances of the work in cities throughout the East and Midwest through 2020, including appearances with several symphony orchestras. Concerts featuring the work include an exhibition of Drumm's artwork alongside featured stories, history, and technology of the canal.

Laurie Michelle Caner (vocals, banjo, songwriting) is a homeschooling mom, a songwriter, and Ms. May in the 2015 Banjo Babes Calendar. She has been hailed as a role model for mothers who strive to honor their own artistic vision while continuing to raise a healthy family. Her banjo playing is of curious origin, but beautifully serves as a foundation for her lyrics. Laurie’s songwriting tells the story of life—with all of it’s beauty, heartache, disappointment and joy—weaving a musical tapestry that speaks the truth of love, life and the human condition.

Eddie Caner (violin, viola profunda) spent a dozen years performing as a sideman in national touring bands and orchestras, including Page & Plant, Luciano Pavarotti, Smokey Robinson, and Natalie Cole. Eddie always amazes the audience with his Hendrix-like tone and precision—he can soar beautifully over Laurie’s vocals or play a raucous, dirgy groove. He was once labeled by the legendary music critic Jane Scott as “the most versatile musician on the planet”. Eddie spends his free time as a physics instructor at Case Western Reserve University.

Bryan Thomas (bass) is a versatile and nationally well-respected musician. He studied Cuban music in Havana with Carlos Del Puerto, served as Ohio Arts Council guest artist-in-residence and toured as bassist with the Glenn Miller Orchestra. Bryan steals the show every time Hey Mavis performs. His playing is a wonderful body-rhythm-bass conversation, accented by his homemade “Chank-o-matic 6000”, a vintage, weathered tambourine affixed to a stand and pedal. Bryan currently holds the position of Bass Professor at Kent State University and is a sought-after clinician.

Anthony Taddeo is a drummer, composer and Out of the Drawer Percussion (ODP) performing artist. Anthony graduated with honors from The Newschool for Jazz and Contemporary Music in New York City and has performed with a wide variety of artists from all genres of music, including Melanie Charles, Nitzan Gavrieli, Rachel Brotman, and Tony & Grammy winner Steve Kazee.

"With seven words, you took me there, I was standing exactly where you stood, and I knew the emotions that flooded your heart."
~Hey Mavis Fan

Hey Mavis has had the privilege of performing at venues such as:

"It's a Life"...perhaps the most difficult song I have written thus far. A song about the life and death of my father, William F. Dent. How do you honor, celebrate and grieve a life...all in a 5 minute song? I mean, the great songwriters make it seem so easy (don't we all marvel at how effortlessly a John Prine song can wrap its arms around you and transfer the love, humor, beauty and pain of someone else's life?). I wanted the song to be bigger than my own grief...bigger than my own sense of loss and regret. I didn't want the song to bring the listener into a valley of mourning for 5 minutes...only to leave them there, with no way out. I needed the song to lift me out and, hopefully, lift us all up.

My dad gave me so much...most of it I did not appreciate until the very end of his life. We know this already, but I will say it anyway: Do not wait until the moment of someone's last breath to say "thank you"..."I love you"..."I appreciate what you did for me".

The time is now...every breath is a gift, every life is important and worth living...hold each other up...breathe deeply...the time is now. 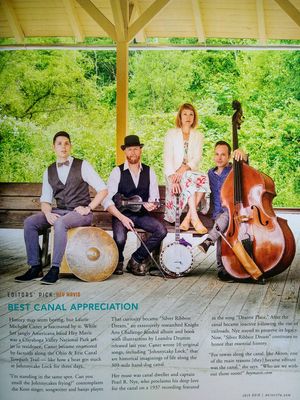 Hey Mavis received a "best of" award and full-page article in the July 2019 Akron Life Magazine. Please pick up your copy today! (We will post links when available).

Our new release, Silver Ribbon Dream~Songs and Stories of the Ohio & Erie Canal, is now available in our store. A 28-page book of beautiful illustrations by Leandra Drumm with a 10-song CD of original songs by Laurie Michelle Caner. Get yours today here!!!!!! 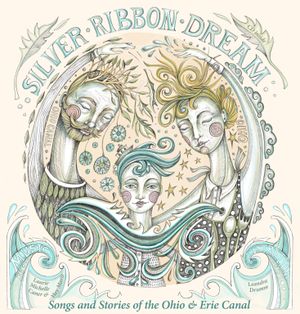 Hey Mavis with the Tuscarawas Philharmonic this Sunday!!!

This Sunday, September 2nd, we will be performing all ten of our new canal songs with the Tuscarawas Philharmonic! Concert info can be found here...we would love to see you there! 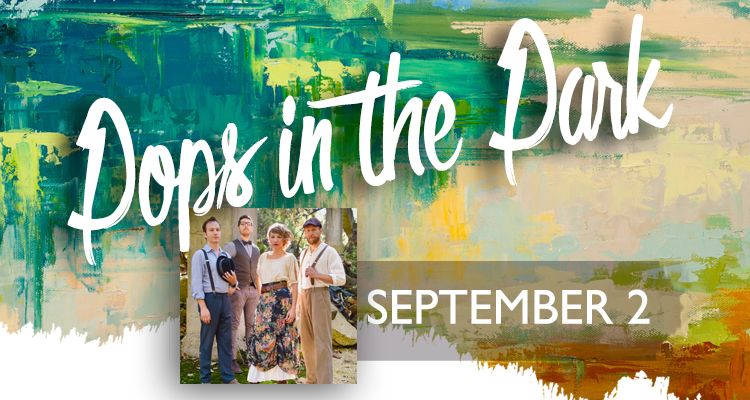 Here's a sample of Leandra's beautiful artwork for our upcoming release Silver Ribbon Dream: Songs and Stories of the Ohio & Erie Canal. Enjoy! 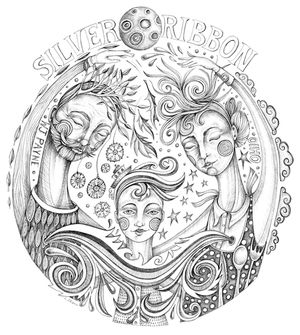 “MARVELOUS—you heard words like that after Hey Mavis played two packed shows last June (2014) at the Little Theatre during the Xerox Rochester International Jazz Festival…This is a charming—and serious—banjo-driven sound…adds up to rocking Appalachian music from Akron, Ohio.”

“Laurie Michelle Caner is a cross between Edgar Allan Poe and Garrison Keillor with a killer voice, a killer banjo, and a killer band.”

"The first thing that struck me about HEY MAVIS was the quality of the writing...I was eager to find out as much as I could about (Laurie Michelle Caner) and see what else she had lurking in her mind.”

"Originality, solid musicianship, amazing vocals and an openness to experimentation...Hey Mavis has the qualities I love in a great band."

"With seven words, you took me there, I was standing exactly where you stood, and I knew the emotions that flooded your heart."